Rust911, Inc. has spent a great deal of time maintaining great relationships with all their customers and has been approved by the BBB as "A-plus". Some of the reasons are below: 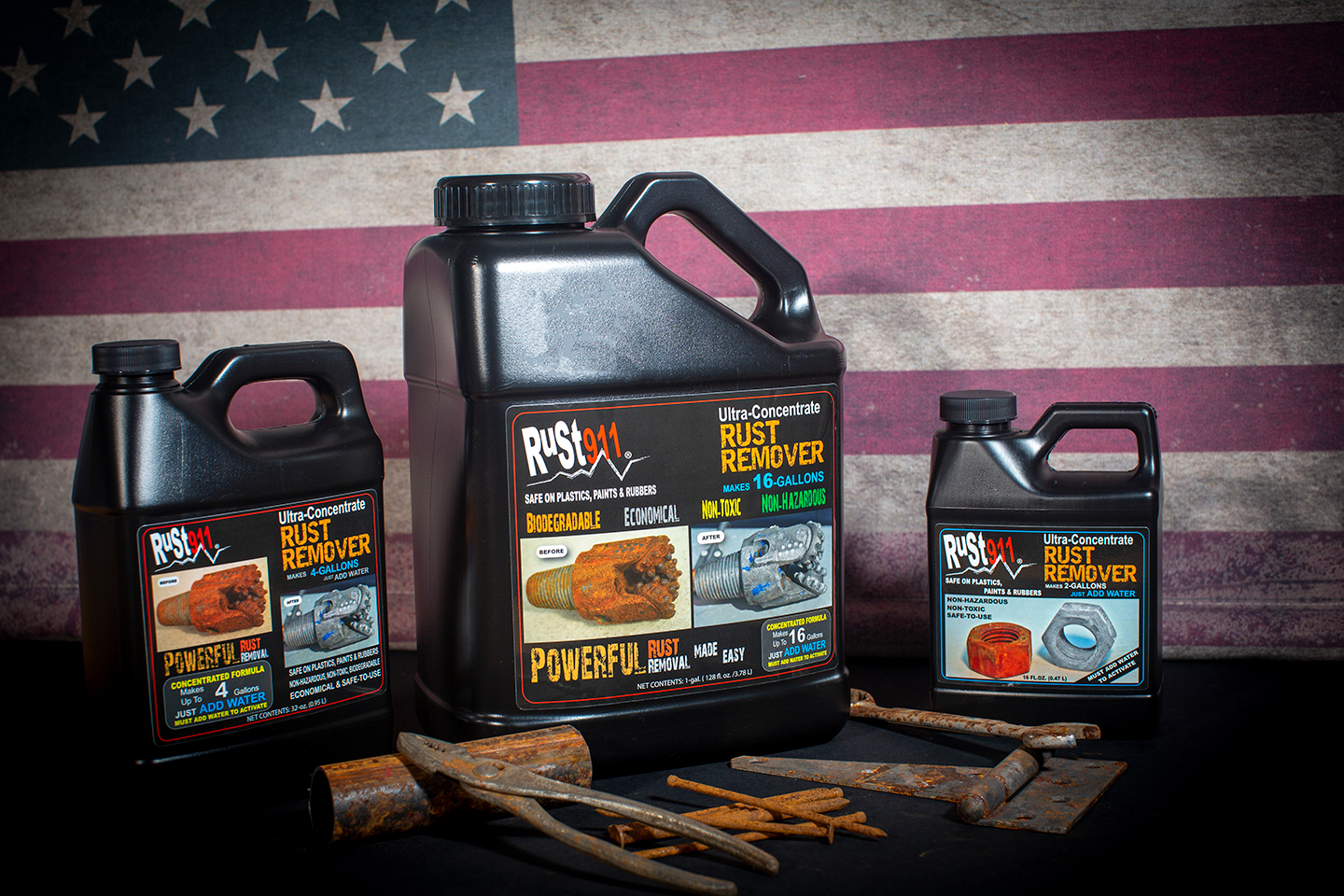 Our products have been tested against the others and has always outperformed the others. We always use quality chemicals, ship quickly and will help you out with your application by one of our CHEMICAL engineers. Our competitors are having hard time keeping up to us. Our price is significantly lower, because we offer concentrates, ultra concentrates. Example: 1-gallon of our ultra-concentrate will make 16 gallons of rust remover that is stronger than what they provide.

Here are some of our competitors, check them out and see that Rust911 is less expensive per gallon and performs as well or better than theirs:

ENGINE CLEANERS: Tried and tested products, especially good for cleaning gas tanks. Just REMEMBER to Rinse out completely to remove anything that may change the pH of our rust remover.

Unfortuanately, we cant compete with these guys on prices and shipping. They are great products and work well just like the Rust911.

Works Better and Faster than Others

I work with the snowblower repairs and refurbs part time. Sometimes I work on 30-40 units a season. Let me tell you that these can get pretty rusty after the salt and water abuse these units sustain. Most of the time these units are 20 or 30 years old where there are seized wheels on axles and auger spirals. Rusty bolts and parts that need to move and operate or loosen. I have used other products in the same category as the Rust911 product and this product works better than them all when using the reconstitution directions on the bottle, no more. It also seems to work quicker as well. I have not only cleaned up nuts bolts and other parts, but it has also unseized and loosened up some of the parts as well. Especially rusted seized recoil starters. Makes everything almost new in less than 24 hours with little to no effort. I stopped sand blasting most of my parts now for rust removal. Oh and let’s not forget the price vs volume. Great deal compared to the competition. Keep in mind if its really bad pitted rust, you might need to hit it with a wire brush and let it soak a little more. Also, make sure you are at least room temp or higher for good results and quicker derusting, and also degrease whatever your soaking.

Best time saver I have found. Turns 30 minutes of blasting into 2 minutes

The Best at Great Pricing

Great product. I used it on my corvette rotors. worked very well and it was affordable.

THIS is the rust remover that you have looking for...

Being in the business of working on old English sports cars, I'm used to dealing with rust. Sandblasting and glass beading blasting are are good on heavy parts but those processes are very costly when you look at the total costs of manhours and equipment, and blasting causes more harm than good on thin material, and is not suitable in many applications where surface finish and detail have to be preserved.

The other option is a chemical dip system, of which I have tried many, and none have even come close to this process. This product works EXACTLY as advertised, and I have been completely satisfied with it for the several years that I have been using it. How it works I really don't know, all I do know that it eats rust. If it can get to the rust, that rust is gone, it doesn't stand a chance. It's not a degreaser, paint stripper, it doesn't foam or fizz, it just simply eats rust.

It's very easy to use, degrease the part, plunk it in the bucket, and walk away. Come back later to find a completely derusted part, give it a light wire brushing or rub with a scotch-brite pad etc, rinse, dry, and hit it with some water soluble oil or refinish.

In 40+ years of dealing with rust, I have not used anything that does a better job, and the labor involved is absolutely minimal, a GREAT product!!!

The best "Add Water" and watch the rust disappear formula!

I have used this product under a different name years back when restoring my Chevelle, and the results are the same; The Best! This time around, I used the product to remove rust from a set of exhaust headers from my race car, and the results in 24-30 hours were the same! Perfect

How do they put all that in a 5-gallon pail

I recently purchased your product in the 5 gallon pail a few months ago. I finally had time to use it. I mixed up about half of the liquid and made up 40 gallons that I put in a drum.

I put my engine block into it and took it out the next morning. Originally the block was real rusty, and now its like brand new. after that i put in a steering rack, coil springs, rotors, and some misc. truck parts. It’s still going...

I recommend using this without hesitation. I still have half of a pail left, I can’t wait till the next project. 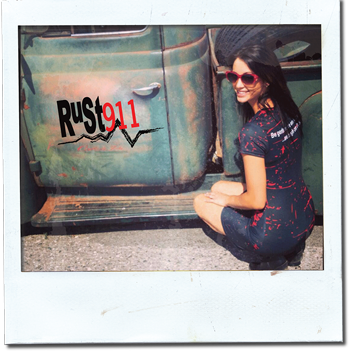 We sell our rust remover as an ultra-concentrate, packing more chemistry into the bottle before we ship it out. This allows the customer to pay less shipping, measure out and use what they need to use to complete the job and minimizes the space that is required for storage. For example, 1-gallon of our ultra-concentrated solution makes as much as three 5-gallon pails of the others.

Also, our product was designed by a chemical engineer and our product is thoroughly tested before we say it removes oxidation. Our product is very stable. It doesn't break down, turns yellow or forms a solids on the bottom of the container if you leave it out.

We are also the original manufacturer of these types of products. Many people buy our products and re-brand it. Consequently, they mark it up significantly to make money. We keep our prices low, because you are buying it before anyone marks it up and re-sells it. No one beats our pricing, on the internet or off.

We are proud to be able to sell you a quality product and a reasonable price, and compared to the others, "dirt-cheap" costs...

Our rust removers easily removes rust from steels, iron and other ferrous metals along with removing oxidation from coppers, brass, lead, and zinc (galvanization). Simply immerse your copper components (ie., electrical contacts, connectors or windings) into our oxidation remover for a short time and watch the corrosion removed by our solution. Works great on corroded electrical connectors or electrical motors (must replace bearings but our oxidation remover will remove the corrosion caused by floods or other water damage.

We guarantee our rust remover works. If you have any reservations, call or email us and ask. If you are really in doubt, purchase a small bottle and give it a try on a small section to verify.

We have chemical engineers with over 25 years’ experience with metal finishing processes and applications. If we don't know your answer, I'm sure we'll give you good direction on who might be able to help you.